"Strong" here is the politically correct way of saying "bitches/ shrews" or women that overwhelm both "average" men and woman. 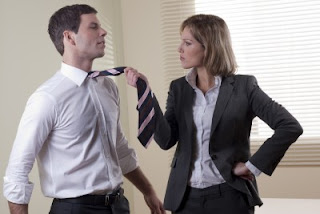 CHARACTERISTICS OF "STRONG" WOMEN
Please check your Bazi books for explanations or take my Bazi courses like "4P-Bootcamp" listed below.

You probably want to stay away from women with with 2+ of the above characteristics in their Bazi charts-- unless you like to serve/ follow order or you have pleasant personality and can put up with any craps.

If you do not understand the Bazi terminology here, you may check:
http://kenlaifengshui.blogspot.com/2011/05/4p-bazi-terminology-conventions.html

Fighting the Coronavirus with Dragon-Boat Water 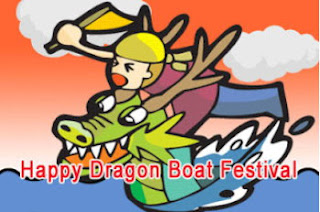 Note:  This is a "green" post recycled from an old article with updated info.

Chinese collect "dragon-boat water" for cleansing because the day is the "yangest" or most energy active day in the year.  It is called dragon-boat water because Chinese run dragon-boat races on water during this festival.

Negative energy is considered as "yin" or darkness.  This includes viruses like the COVID-19.  A possible remedy or mitigation for this illness is to apply active or "yang" energy.

Dragon-boat water is collected during the yangest day and hour of the year.  So it has a high level of yang energy for healing and cleansing.

To get your FREE dragon-boat water, simply turn on your water tap between 11:00- 13:00 on this coming Thursday and store the water in bottles.

Dragon-boat water is good for cleansing and healing like:
-- spray it on your body after visiting hospital, funeral home, cemetery, etc.
-- spray it around your home for cleansing if your family members get sick lately
-- your feel depressed (take shower with it or spray on your body)
-- drink it (if you have chronic sickness, (boil it first! But don't drink too much)
-- take a shower with it to wash away your bad luck and sick energy
-- cleansing unknown objects like the antique you bought from Goodwill
-- cleansing your home/ office or simply cleaning your home with it.
-- cleansing of dark basement or house with an extended vacant period
-- wash/ spray your car with this water to avoid accident

Readers have reported positive experience with the applications of this dragon boat water.

I had a few gallons of dragon-boat water collected a few years ago and was left near a window with sun shining everyday.  The water does not turn green and stays crystal clear.

Please note:  You should always consult a health professional for any medical or psychological problems.  This dragon boat water is for spiritual healing and cleansing only.

Please refer to the link below if you have problem understanding the Bazi terminology used here.
http://kenlaifengshui.blogspot.com/2011/05/4p-bazi-terminology-conventions.html 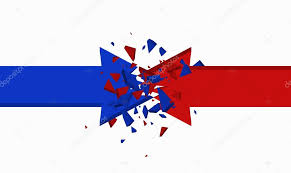 3.  When wealth star (zheng-cai/ pian-cai 财) is clashed
This mainly points to active wealth pursuit like investment or starting a business.  But this may also signal losing wealth or "money-comes-money-goes" IF wealth star is unfavorable.  For male, father may suffer illness/accident and wife may leave, die or suffer illness/ accident.

4.  When output star (shang-guan/ shi-shen 伤食) is clashed
This person may fantasize too much, be unrealistic and emotionally complicated with frequent career/ job changes.  S/he may be skilled but not proficient.  S/he can have stable career and opportunity to use his/ her skills IF output star is unfavorable.  For female, children may suffer illness or accident.

5.  When peer star (bi-jian/ jie-cai 比劫) is clashed
This means losing wealth due to friends/peer group or unable to make friends with others.  This person can make friends IF peer star is unfavorable.

If you want to learn Bazi but can only afford one Bazi course, this is the one to consider:
“4-Pillars Forecasting Bootcamp+ 2020 edition” with 18 hr. video

http://www.kenlaifengshui.com
Posted by Ken Lai at 4:12 AM

Que Sera Sera-- "Will my future spouse be handsome or pretty?"

You may have heard this Doris Day's song-- Que Sera Sera:
https://www.youtube.com/watch?v=xZbKHDPPrrc 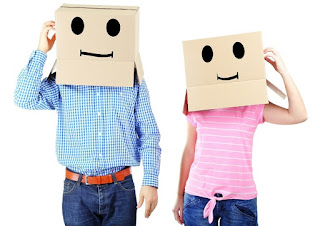 Most of us probably have asked similar questions-- "Will I be handsome or pretty?"

Then more than likely, we want to know if our future spouse is handsome or pretty.

Today is your lucky day-- based on my 4-pillars readings in the past, I have found that you can predict the physical appearance of your future spouse by checking the day pillar of your own birthday or Bazi birth chart.

Don't worry if you do not understand the terminology here.  You can simply read the appendix below to check if you have the potential of getting a pretty or handsome spouse.

SPOUSE PALACE AND THE APPEARANCE OF YOUR SPOUSE
The lower part or "branch" of the day pillar of your natal chart is the "spouse palace".  It stores information about your spouse.  For the appearance of your future spouse, we check the branch element which is also can be read as animal sign.

I.  4-cardinal elements:  If your day branch (spouse palace) has one of the followings:
Your spouse is likely handsome or pretty or at the least, has a pleasant personality.  Zi, Wu, Mao and You are called "4-peach blossoms".  It stands for sentimentality, elegance, pleasing appearance and social popularity.  If a chart has more than 2 of these 4 elements, the chart owner likely has magnetic personality, physically attractive and many romantic admirers.

II.  4-sub-cardinal elements: If your day branch has one of the followings:

Your spouse is likely "average looking" and intelligent.  Yin, Shen, Si and Hai are called "4-sub-cardinal elements".  If a chart has more than 2 of these 4 elements, the chart owner is very active and cannot sit still.

III.  4-storage elements:  If your day branch (spouse palace) has one of the followings:

Your spouse is likely not physically attractive, but s/he is honest and kind.  Chen, Xu Chou and Wei are called "4-storages or tombs" and are earth in nature.  If a chart has more than 2 of these 4 elements, the chart owner is likely not too active and slow in action.  But s/he is likely to hoard things or not willing to throw things away.  S/he is also good at saving money. 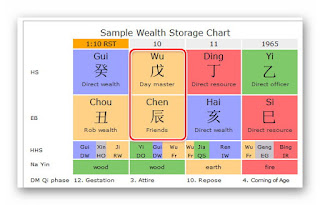 APPENDIX: how to find your day-pillar
1.  Log into http://bazi-calculator.com/
2.  Type in your birthday
3.  Click "Calculate" button
4.  Check the "Day" column of the table in the left side
5.  This example column here shows "Chen" (dragon) in the day branch or spouse palace in the day-pillar.

What to do with a "stigmatized property"? 凶宅

Should you buy a house with tragic history like murder, suicide, haunting, terminal illness and the likes?  House like this is called "stigmatized property".  Stigmatized property is usually difficult to rent out or sell.

Houses with over 30+ years history inevitably had someone died inside and may even have some tragic events happened.  Some countries or states have real estate disclosure law that requires property seller to disclose any unnatural deaths (murder and suicide) happened in the property.

TYPES OF DEATHS IN A PROPERTY AND POSSIBLE REMEDY

If you are an atheist or do not believe in ghost and spirits, the minimum you could do is to do an energy cleansing of whole house by burning sage or incense in every room of the house.  Then open all the windows and doors in the house and let the old energy of the house driven out by blowing fans.

House with tragic history usually is too "yin" or cold energetically.  Residents should keep an "always on" light (at least during evening) to increase "yang energy" or "warmth",

http://www.kenlaifengshui.com
Posted by Ken Lai at 4:14 AM 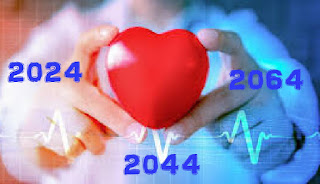 The time dimension of some Feng Shui schools, especially those under the San Yuan banners, follows the 180 years cycle (divided into 3 Yuans/ 9 Periods).  San Yuans mean three 60 years cycles with Upper, Middle and Lower Yuan.  Each Yuan is sub-divided into 3 periods of 20 years each.  Currently (2020, when this chapter is written) we are under the Period 8 of Lower Yuan which will end in 4 years.  This period changing issue becomes critical if someone plan to buy a property before 2024.  Any new property buyer may NOT want his or her property becomes "not Feng Shui timely or auspicious" after 2024 when Period 9 arrives.

Assuming now is P8 and your P8 house is designed to take advantage of the 8-white earth star, but by 2024, 8-star will no longer be timely or auspicious.  Flying Star has some methods to "change the period" of a house to rejuvenate the qi or energy of the house (to be discussed in the video).

Bazhai or 8-Mansions Feng Shui does not really care about the period of a house and neither adhere to the concept of changing the period of a house.  The primary concern is the main door and bedroom are put in one of the four auspicious sectors of the house.  Some versions of Bazhai Feng Shui may incorporate the Purple White annual chart to explain the activation of events.

Basic Bagua Feng Shui cares about the concept of period but has no provision of changing the period of a house.  It does, however, suggesting moving the door to the auspicious direction of the current period, i.e., for Period 8, put door in the northeast and Period 9, put door in the south.

Purple White Feng Shui also cares about the period concept but has no mention of changing the period of a house.  Similarly to Flying Star, it suggests putting the door in the timely or auspicious star location.

HOW TO CHANGE THE PERIOD OF A HOUSE
There are many methods to change the "period" or "heaven's heart" of a house.  Below are some traditional methods:

1.  Make a hole in the roof above the center of the house and let sunshine shine through for certain number of days (from 7, 49 or 100 days, depending on Feng Shui school).

(more methods listed in the manual)

The methods listed above may be too expensive or not possible to do (like if you live in a multi-storeys building shared with other tenants).  Check the course video to see some inexpensive methods of changing the period of a house.

http://www.kenlaifengshui.com
Posted by Ken Lai at 1:06 AM 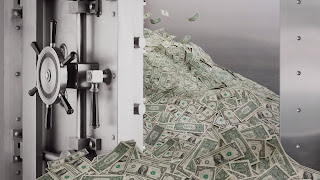 Earth branches Chen, Xu, Chou and Wei are called “4-storages” or “tombs”.  The absence or presence of “storage” is one way of evaluating if a person or DM is capable of learning metaphysics or “holding on” the wealth DM made.

For our purposes here, we use the common tomb-storage definition listed in table below.

Hence, the presence or absence of tomb-storage elements, especially wealth storage, is a major criterion to check if someone has potential to be wealthy because wealth tomb-storage reflects the ability to retain or keep wealth.

DISTINGUISHING DIFFERENCE BETWEEN TOMB AND STORAGE
Chen, xu, chou and wei are collectively labeled as "4 tomb-storages".  But when a tomb-storage is "tomb" and when is it a "storage"?

Let's use metal DM as an example to illustrate the tomb and storage concepts.  Metal's tomb-storage is chou-earth.  When metal-qi is strong in the chart, chou becomes metal's "storage".   Chou "storage" makes metal even stronger, awaiting the right time to prosper.  When metal-qi is weak in the chart, chou becomes the "tomb" of metal.  Chou "tomb" makes metal even weaker-- equivalent to metal's "death".

CLASHING WEALTH STORAGE
As stated in previous section, a tomb-storage element is a "storage" when the element is strong or has support in the chart.  A wealth storage means a chart has relative strong wealth energy in a chart.