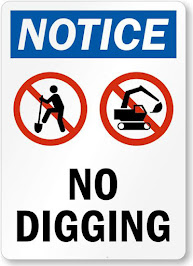 Year of Tiger will end in two months.  Next year will be the Year of Rabbit with its own "no digging or construction" zones that may be still "diggable" before Feb. 4, 2023.

Below is a quick review of "no-digging zones" for 2023 Year of Rabbit:

In short, do not dig in the East, Northwest and West sectors in 2023 or serious disasters and misfortune may strike.  There are some Feng Shui and date-selection methods to circumvent it.

You either dig these locations before the end of this Tiger Year or consult a Feng Shui practitioner if you will dig these locations next year.  Here is a reminder of the "no-digging zones" for current year: North, Northeast, Southwest and center palace.

You may also check out this date-selection course for solutions: 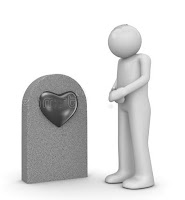 Ladies! Today is your lucky day!  Before you dive into a relationship or marriage, check the following list to make sure your potential lover does not jinx you to death.

Check the birthday Bazi chart of your potential mate to see if his chart hits one or more of the followings:

The more a chart hits the above list, the higher the "wife jinxing power".

"Jinxing" here does not mean this man jinxing his wife to death but it is the destiny of this woman.  It is not his fault.  His qi or energy field tends to attract partner who is destined for a less fortunate life.

"Ken, is there any remedy for the above?"

There may be some methods to handle this problem.  Please check my upcoming course:

If you are one of the "positive thinking" people, you may capitalize this "spouse jinxing power" through purchasing spousal life insurance.  This is like turning lemon into lemonade.  But whether you can keep this less than fortunate money is another question.  The answer may be found in: 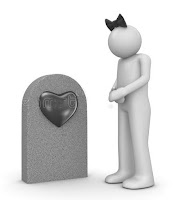 Gentlemen! Today is your lucky day!  Originally, I want to share this life-saving list with my own students only. This article may save your life.  Before you dive into a relationship or marriage, check the following list to make sure your potential lover does not jinx you to death.

Check the birthday Bazi chart of your potential mate to see if her chart hits one or more of the followings:

#2, followed by #3 and then #1 probably has the strongest jinxing effects (not an ideal mate even if no jinxing because this woman likely has "princess sickness" temperament).   The rest of the list makes weak, incapable or sick if not a dead husband.  The more a chart hits the above list, the higher the "jinxing power".

"Jinxing" here does not mean this woman jinxing her husband to death but it is the destiny of this man.  It is not her fault.  Her qi or energy field tends to attract partner who is destined for a less fortunate life.

"Ken, is there any remedy for the above?"

There may be some methods to handle this problem.  Please check my upcoming course:

As an equal-opportunity discriminator, I will have a wife-jinxing list next time.

How to detect "compassionate appearance with a vicious heart" 面慈心恶與面恶心慈 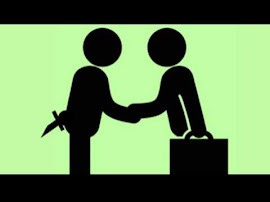 It is not unusual that we run into someone who sounds and looks kind but is as venomous as a snake in reality.  We may also encounter the least expected critical help from people whom we had thought nasty and unkind.  In Chinese, these scenarios are called "compassionate appearance with a vicious heart 面慈心恶" and "vicious appearance with a compassionate heart 面恶心慈".

Do you want a magic magnifying glass that can uncover quickly the real or inner personality of a person?

Today is your ultra-lucky day to get this magic magnifier from my Bazi school.  It may save you from disappointments and damages by befriending the "real" kind people.

The contents below are borrowed from my "Enhancing Luck and Mitigating Misfortune with Bazi and Feng Shui" course.

The 10 transformation stars ("10-gods") by themselves are neither positive nor negative. They become value-laden when interact with other stars within a natal chart.  However, even without doing a formal calculation of favorable or unfavorable element for a chart, the first quick glimpse of the number of certain stars or “gods” will give you a general idea of the personality and personal characteristics of the chart owner.

This is done by classifying 10-transformation stars into two groups:  zheng-shen and pian-shen.  They literally mean normal and deviated “gods”.

The word “zheng” means standard, normal, formal, rightful and righteous.  “Shen” means "god" or transformation star in this context.  Zheng-shen here refers to the group of transformation stars (“10 Gods”)  that are usually perceived as positive in the chart.  Here are the zheng-shen:

Please note that zheng-shen is based on the perceived positive value of the star and has little or nothing to do with the polarity (yin or yang) of the star.

The word “pian” means non-regular, deviated, side-tracked, unofficial, informal, non-standard and illicit.  It has a taint of negativity.  Pian-shen here refers to the group of transformation stars that are usually perceived as negative in a chart.  Here are the pian-shen:

If you want to know more about Bazi, the following course gives you the most for your money:

Who will help you soar or self-actualize? 什么人旺你 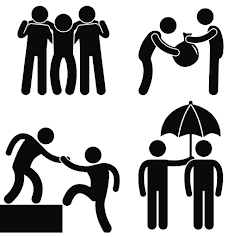 "Wang 旺" is a verb in Bazi that is difficult to translate into English.  It literally means "make prosperous" but has deeper meanings than simply material gains.  Abraham Maslow's "self-actualization" probably is a closer appropriation of "wang".

"Wang" in Bazi context means people who will help you to be successful and realizing your potential.  The people who "wang" you are also known as "noblemen 贵人" or helpful mentors.

How do you identify the people who "wang" you?   You may locate them from:

For example, if your teacher has given you critical assistance to achieve your life goals, then the representations in year pillar are the people who will help you soar.

2.  the 10 transformation stars ("10 gods") represented by the helpful persons:

For example, if your uncle is very helpful to you, this means people represented by "resource stars" are likely helping you to be successful.

Other methods to find out who are helpful to you include:

If you want to know more about Bazi, the following course gives you the most for your money:

Peach-blossom is not just for romance and sex 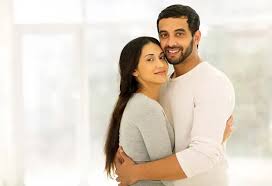 Today is your lucky day!  You will find rare meanings of peach-blossom other than romance and relationship in this blog.

For example, if you were born in the year of dragon or rat or monkey, and there is a you-rooster branch in your natal chart, you have a peach-blossom star.

Now you know peach-blossom is not just for romance. It is also good for internet KOL, popularity, entertainer and are symbols for good life.  If you want to know more about Bazi, the following course gives you the most for your money:

Hi sisters!  Today is your lucky day to find out if your male pals have unfaithful potential using Bazi astrology. 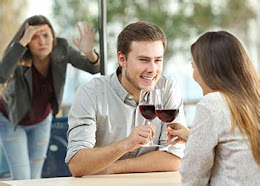 Below factors contribute to the "unfaithfulness" of a male:
1.  Strong metal and water elements in a male chart:  Water stands for IQ, cunningness, desire and also promiscuity in Bazi.  Metal will further strengthen water or his desire.
2.  Strong output (shang-guan/ shi-shen) stars in birth chart:  Output elements also represent desire.  Shang-guan also stands for the sex organ.  Strong output elements in chart means this guy has strong drive to fulfil his desires.
3.  Chart has -wealth (pian-cai) or mixing of + or -wealth stars:  +wealth star (zheng-cai) stands for wife and -wealth mistress if the chart is above average (prostitutes or one-night stand if below average chart).
4.  Chart has symbolic stars like peach-blossom, affair sha and bath:  while these stars help interactions with the opposite sex, they do not necessarily represent promiscuity unless strong output stars also present in the chart. 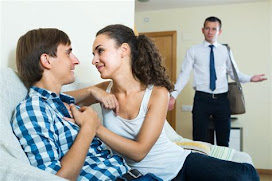 If a man has two plus of the above, you may want to think twice before going steady with him.
"Ken, does the above also applicable to unfaithful females?"
Yes, except #3 needs to switch to "-power (qi-sha) or mixing of + (zheng-guan) and -power stars" because power stars stand for husband and lover for females.
If you want to know more about Bazi, the following course gives you the most for your money: